Choice of free gift in all orders over $150 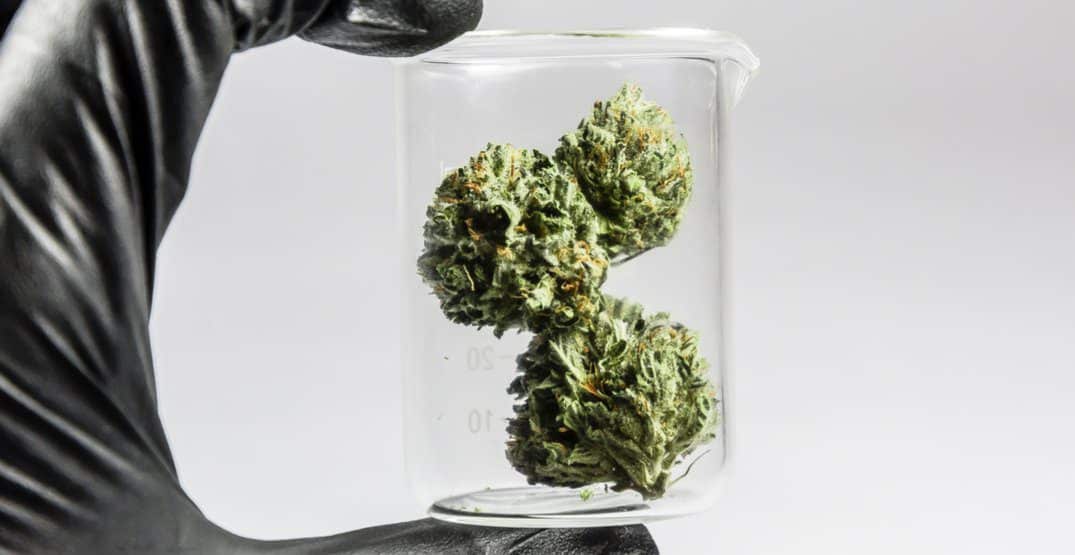 Welcome to a step by step Guide to Grading Weed. You might be wondering, how do you tell if weed is of decent quality? What separates high-grade cannabis from the rest? This article will provide you with the knowledge of how to grade cannabis; more specifically, we will explore the grading of dried and cured flower.

When we grade weed on overall quality, we can divide it into four basic categories. This particular system uses A’s to describe quality:

The A Rating System

Now, the question becomes, how do you determine the grade on your own, without the jars being previously marked by A quality? Let’s explore eight things to look out for when you follow a step by step Guide to Grading Weed. The first four are determined prior to grinding up the flower, and the second four are determined from when the flower passes through the grinder through to the effects.

When you hold a cannabis flower, you can visually grade the flower structure. Ideally, flowers are dense enough that you can’t see through them. Some landrace strains, like Congolese and Malawi Gold, sometimes produce long, sparse and leafy buds, but the use of C02 in the finishing stages of most modern high-level indoor grow operations encourages the flowers to become more dense.

When we talk about dense flowers, that does not necessarily require the flowers to be big. Large nugs, contrary to what you may think, is not always a good thing. Some strains naturally grow large, like Big Bud, God Bud and some Cheeses, but beware of unethical growers who use plant food to increase flower size. These plant foods have not been tested for human consumption. Ideally, we’re looking for flowers that sit between the half gram to 2.5 gram range. Anything larger than this carries a higher potential of mould or bud rot in the flowers, especially near the stems.

When you encounter enormous, sticky, dense nugs, they definitely look great, there’s no argument. But beware, there is a much higher chance of moisture stuck inside. With no airflow in bags, mould easily propagates in these situations. If you’re buying in person, ask the bud-tender to break open one of the biggest nugs. If mould is there, it will normally start in the largest flowers first. The golden zone for a big flower is around 2.5g, with a dense flower structure that makes it look like a little coniferous tree. The most important thing to look at is not the size, but the integrity of the flower structure.

Now that we have considered the flower structure, let’s move on to the trim section of a step by step Guide to Grading Weed. Trimming removes the long leaves that protrude from the cannabis flower. When the trim is finished you should be left mostly with flower, and minimal leaf. High grade (AAA and AAAA) cannabis usually comes with a good haircut. A and AA grades usually have less time and care put into them, which comes with the territory of a lower price tag. Sometimes, smaller leaves are left on, particularly if the plant is quite resinous and the trichomes are extending to the leaves themselves. Particular cannabis connoisseurs often trim off even the small leaves before they grind their flowers, claiming that the leaves take away from the taste of the terpene-rich flower itself.

At the end of the day, unless it’s so raggedy it looks like it wasn’t trimmed at all, a trim job is a purely aesthetic aspect of cannabis. If you care about the trim job, get yourself some small scissors. You can trim nugs yourself before you smoke them to make them perfect for you, and sometimes a bad trim means you’ll get higher quality cannabis for a cheaper price.

Terpene profile is the term used to describe the smell (called “the nose”) that emits from cannabis flowers. There is a wide spectrum of different terpene profiles, ranging from lemon, orange, lavender or strawberry to earthy, musky and piney noses. AAA and AAAA grade flower can be expected to have a terpene profile that reflects the strain.

In the modern cannabis market, a proper terpene profile is the most sought-after aspect second only to the effect potency. Terpenes carry effects too! Sometimes you’ll smoke a 20% THC crop and feel less stoned than smoking a 15% THC crop. Most cannabis users choose strains based on THC levels, but the method is flawed. Perhaps the 15% crop has an absolutely bonkers terpene profile, and paired with the effects of cannabinoids (like THC and CBD), the effects are bolstered or altered.

For example, cannabis with high levels of limonene (lemon / citrus) like Super Lemon Haze and Lemon Skunk tend to make users euphoric and giggly. Strains high in myrene (earthy, kush flavours) interact with cannabinoids by quickening the uptake of cannabinoids in the body, making you feel the effects quicker. Strains like Pink Kush and Bubba Kush are high in myrcene, which is why users always seem to report these strains as hard-hitting and fast-acting.

A good nose is very important to cannabis customers, but with the new pre-packed government systems and mail-order websites, it’s almost impossible to check out how your strain smells before you buy it. Your best chance at digging up some details on the terpene profile these days is to read the strain descriptions on the product page. Whoever wrote it smoked it, as quality control is a high priority for cannabis retailers.

This is an important step in your Guide to Grading Weed. Trichome density describes the coating of clear, slightly amber-coloured glandular heads that covers good quality cannabis flowers. All cannabinoids are hosted within these glandular heads. As a result, we can comfortably say that a higher trichome density means more potent effects. Any AAAA or AAA is absolutely required to exhibit a high trichome density, but don’t expect your AA or A grade cannabis to be so shiny.

You absolutely must check your cannabis flowers for mildew and mould, chemical residue and evidence of insects before you ingest it. Often called PM, powdery mildew is white and resembles spider-webs, and is often woven in between the flowers. PM is a common ailment of cannabis crops and is result of leftover moisture.

Before you grind up your flower, break it apart first. Check along the stem and under any larger leaves. If there is any mould or mildew, that is where it will usually be found.

If you see light orange, small burnt looking bumps on the leaves of you cannabis flowers, you may have found residue of a chemical spray. Too often, producers (especially on the black market) will sacrifice ethics for capital. Chemical sprays are used to kill pests that are threatening the crop. If you find signs of this on your cannabis, it’s a good idea to not ingest that.

Small white or colourless bumps on the leaves can be an indication of spider mites or other damaging pests. Usually, on AAA and AAAA quality crops, you don’t have to worry about mildew, mould, chemical sprays or insects. These problems usually persist in the A and AA range. The cheaper price tag often comes with an array of problems, but that doesn’t mean you should stay away completely.

The informed cannabis consumer can spot these problems before ingesting anything harmful. If there is one take-away from this blog article, do yourself and your body a favour and make sure to inspect your cannabis before you put it through the grinder and roll it up!

Break up your flowers into small pieces and run it through your titanium grinder. When you first open up that grinder, you’ll encounter an enhanced experience of the terpene profile. Give it a deep nose, familiarizing yourself with the flavours. You’ll want to see if that comes through in the smoke later.

When you nudge the ground cannabis out of your grinder, see whether it falls out all over the place, or if it sticks together in a big clump. The latter is what we’re looking for in a high quality cannabis cure. If the ground flower is sticking together, that’s a good indication that there is a high trichome density.

Ok, it’s time! Light it up! This is most people’s favourite part of the Guide to Grading Weed. We are investigating the burn now. For these tests we have to assume you know how to roll a joint that burns properly. If the joint keeps going out, that could mean there is too much moisture in the flower to keep it burning. One explanation could be the crop wasn’t dried and cured long enough. Ideally, we want a joint that burns slow and evenly, and we don’t have to keep lighting it.

Check out the ash. We are looking at the colour, and the integrity of the ash. Low quality cannabis has dark grey to black ash. Good quality cannabis burns light grey. The highest quality burns a pure white. However, keep in mind there are certain things unethical producers can add to their food to make sure ash burns white, the fact still remains all of the best AAAA crops burn bone-white.

When you ash the joint, does the ash fly everywhere, or does it stay clumped together, the same way it fell out of the grinder? Ash integrity is another marker of top shelf AAAA quality cannabis.

Remember how it smelled when you first opened up the grinder? See if that same smell comes through on the taste. A and AA quality cannabis usually doesn’t have high quality terpene profiles, which means that less taste will be transferred in flavour. When you’re smoking higher quality cannabis, the flavours are so different from one another, it’s fascinating!

The last thing to do in the Guide to Grading Weed is to analyze the effects, and their potency. Do you feel uplifted, euphoric, creative and motivated? Do you feel lazy, tired, or just content hanging around? Maybe your anxiety is heightened, maybe it’s lessened. Does the strain make you hungry?

Analyzing your feelings and behaviours after smoking definitely takes some practice, but once you gain proficiency you can begin to selectively choose strains based on your activities and plans for the day. Every cannabis strain comes with effects, but as you progress up in higher quality, these crop usually carry effects that last longer. This is a result of their higher trichome density and mature terpene profiles.

This concludes the Guide to Grading Weed

A Modern Guide to THC Tolerance 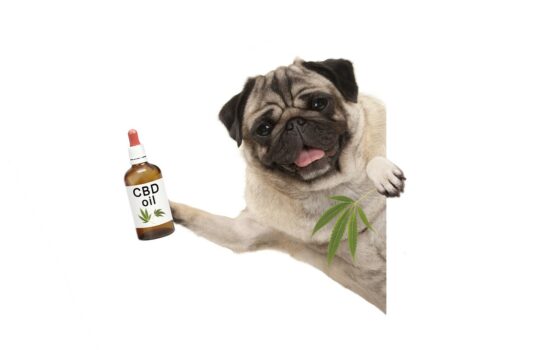 Should I give CBD to my pet? 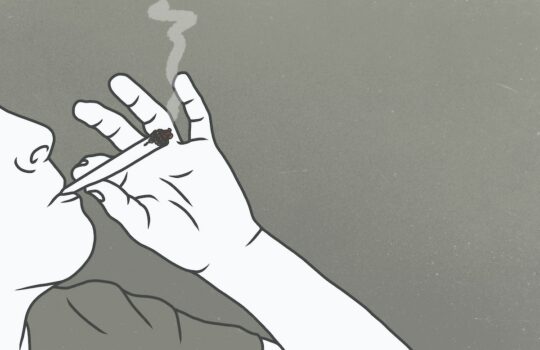 A Modern Guide to THC Tolerance 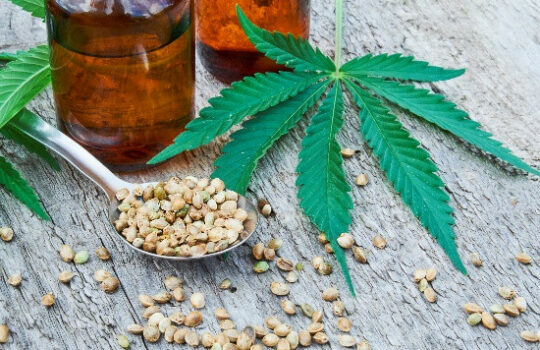 The Benefits of Taking CBD 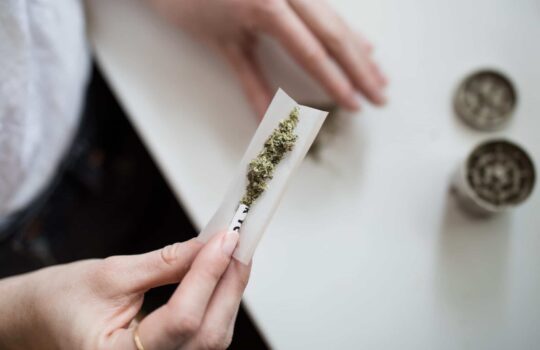 How to Roll a Great Joint

Lucky Herbz © 2023. All rights reserved.
Select the fields to be shown. Others will be hidden. Drag and drop to rearrange the order.
Click outside to hide the comparison bar
Compare
Compare ×
Let's Compare! Continue shopping 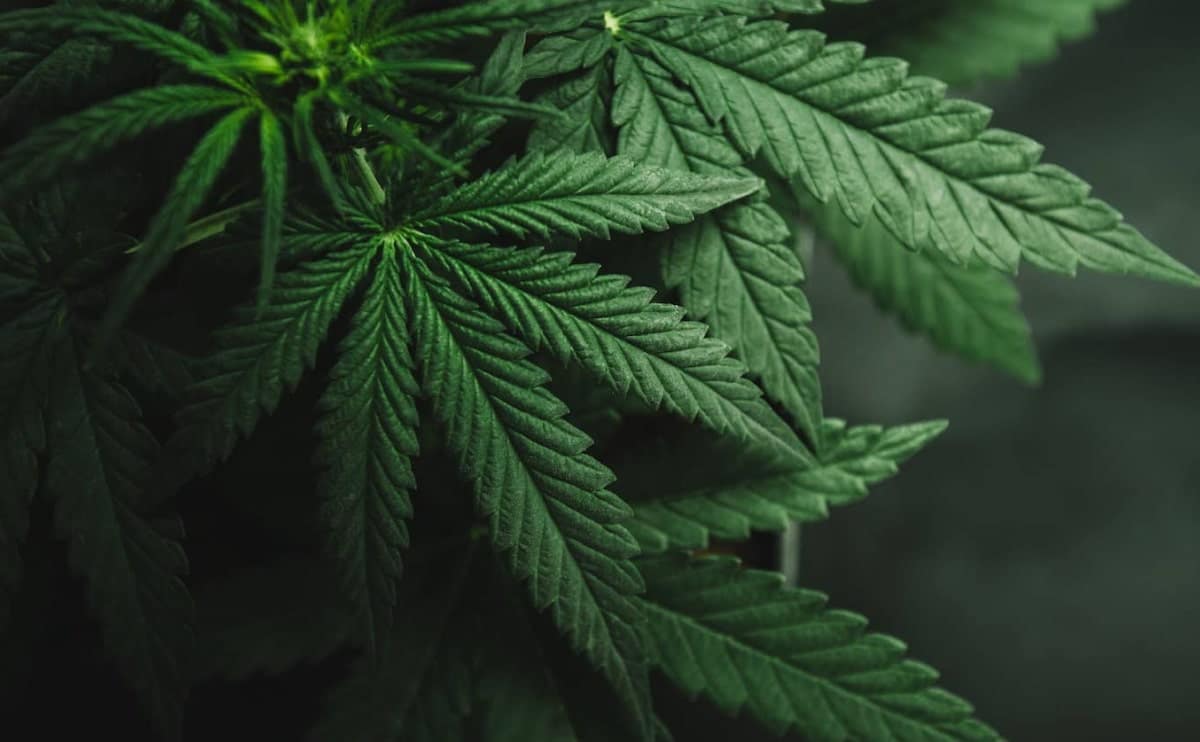 Want to join the club?

Be the first to see new arrivals and hear about exclusive deals!

Please enter your username or email address. You will receive a link to create a new password via email. Remember now? Back to login