High there! You found the best place to buy weed online in Canada.

Buy weed online in Brampton, Ontario, with Lucky Herbz Online Dispensary! Lucky offers the best prices in all of Canada, and can provide our service to any Canadian adult with a valid postal code. Lucky operates out of British Columbia, Canada, a place which you probably already know is famous for growing weed. Sign up for an account and instantly receive $20 to use on your purchases. Each purchase from a customer gets 5% back.

Lucky Herbz has amazing weed deals for ounce deals all the way up to AAAA craft cannabis selections. THC edibles all of doses and forms, along with a solid selection of CBD products makes Lucky Herbz a one-stop shop for the modern cannabis user. If you like to vape, Lucky Herbz Online Dispensary has everything you might need in Brampton, from vape pens to vape cartridges to vape batteries. Looking for THC oil caps? CBD cannabis tinctures? Lucky Herbz has it all.

check out the best deals 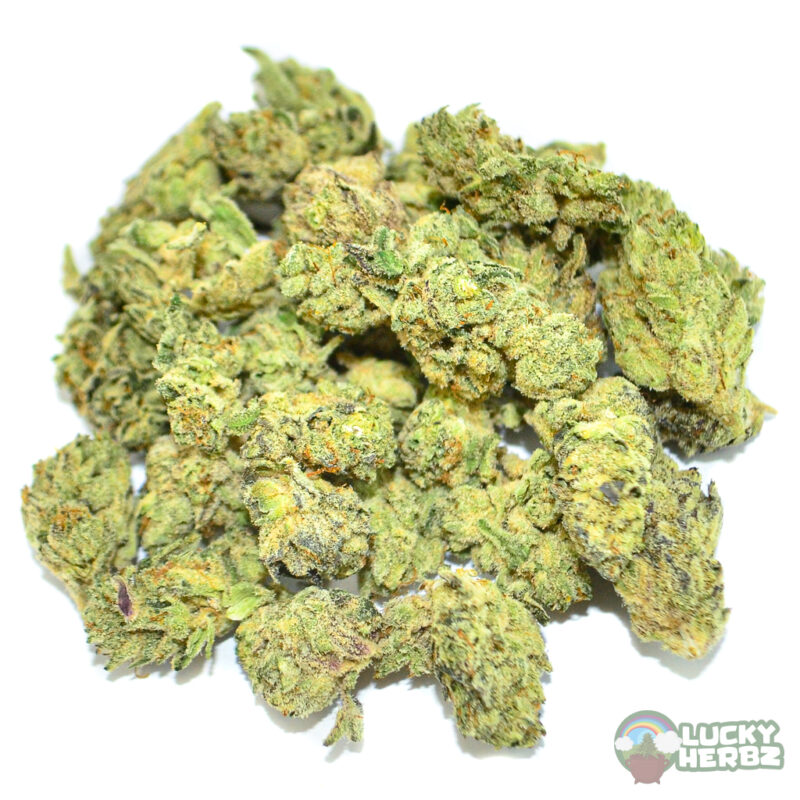 To make an order, simply add items to your cart. When you reach the checkout, you will have to put in your email address. This is how we will stay in touch with you and communicate about your order. We must have your email in order to send confirmation email, payment instructions etc.

If you would like to create an account, that's even better! This way, you can pre-save your shipping address and check your previous order history.

For all of our customers, shipping is free if you spend over $200. However, if this is your first time ordering with Lucky Herbz, you can use the discount code: firstlucky to get free shipping on your first order. This coupon code is only valid for one use per customer.

When you sign up for an account with Lucky Herbz, you can use the Rewards Program. Instantly upon sign up you will have $20 worth of Lucky Bucks to spend on your orders. You can splurge it all at once, or save it for future orders.

Every purchase you make, 5% of the total purchase will be added to your account to use on the next purchases.

Check out the Rewards Program for details about how to refer a friend and get rewarded.

where does lucky ship to?

Lucky Herbz ships to all Canadians of the legal age to purchase marijuana who possess a valid Canadian postal code.

Lucky Herbz uses Canada Post 2-3 Day XpressPost. Each shipment comes with a valid tracking number that allows you to follow your order all the way to your door! Our payment process is a secure EMT (email money transfer) and we do not keep records of these transfers for your extra security. The package will arrive in a smell proof, nondescript Canada Post package, containing your stash! Buy in bulk to save big on all of our products.

The best way to save big is to buy in bulk!

FREE SHIPPING ON ORDERS OVER $200

Fresh BC Bud Coast to Coast

Canada's Greater Toronto Area includes the city of Brampton. Buildings from the 19th century and more recent construction hold its Peel Art Gallery, Museum, and Archives. A significant performing arts venue, the Rose Theatre is located in the heart of downtown. Live performances and movies on a giant screen are held at the front of Garden Square. Gage Park has green areas and flower gardens. Victorian-style Historic Bovaird House is located to the north.

Where do I smoke weed to in Brampton?

A variety of subtropical plants, rare species, and palm trees may be found in the recently built 14,000 square foot (1,300 square metre), completely accessible greenhouse. The greenhouse is intended to serve as a hub for community interaction, offering potential for use as an educational facility and as a location that can be rented out for special occasions like wedding portraits.

Gordon, Donald M. Informally called Chinguacousy Park, it is a sizable 40 hectare (100 acre) park located in the Bramalea neighbourhood of Brampton, Ontario. Queen Street East to the southeast, Bramalea Road to the north, and Central Park Drive to the east and west are its boundaries. It is supposed that Chinguacousy means "Young Pine River." The Chippewa Chief Shinguacose and Donald M. Gordon, who helped create Brampton's parks and leisure programmes, are honoured in the park's names.

The 169 hectares (418 acres) Heart Lake Conservation Area (HLCA) is located in the City of Brampton, Ontario, and is part of the Etobicoke Creek watershed. The Toronto and Region Conservation Authority owns and operates it (TRCA).

Heart Lake, the headwaters of Spring Creek, a wetland complex, one of the biggest individual blocks of forest in the Etobicoke Creek watershed, and surficial geology of glacial till and river deposits are just a few examples of the HLCA's rich environment.

The public can participate in a variety of HLCA-sponsored activities, including as hiking, fishing, swimming, treetop trekking, and more. Depending on the weather, the conservation area is accessible to the public from the end of April until Thanksgiving weekend.

The Rose is a theatre in the heart of Brampton, Ontario, that is owned by the city. Originally known as Rose Theatre Brampton, the venue held a grand opening on September 29, 2006, which featured Diana Krall. The theatre has a large performance hall with 880 seats and a smaller multi-purpose room with 130–160 seats, depending on the configuration.

The Rose Theatre Summer Series is held at The Rose. The Series is a summer stock theatre event that features a range of dramatic works. The Main Stage, Studio Two, and Garden Square are the three locations where the performances take place.

In Brampton, Ontario, Canada, there is a 65-acre (26 ha) spring-fed manmade lake called Professor's Lake. The lake's current location was once a sand and gravel factory that supplied building aggregate for development projects in the Greater Toronto Area's northwest starting in 1918. The factory generated about 20 million tonnes of sand and gravel in total. Between 1954 through 1973, a quarry was reopened there. The site, which is presently run by Standard Aggregates Ltd. (a Lafarge Canada affiliate), ran out of sand and gravel in the early 1970s.

Eldorado Park in Brampton is bordered by this urban natural space on both sides of the Credit River, and there is also additional natural land nearby in the valley.

The area is primarily covered with deciduous floodplain forest, with some wetland and highland deciduous woodland, and it is a significant corridor for the passage of various species down the Credit River. Large tracts of natural habitat are still there, although the natural area has been divided by active recreational facilities, such as those connected to a golf course and Eldorado Park.

Pick and choose from Lucky Herbz

The most difficult part about ordering from Lucky Herbz is deciding what to do after receiving your order. The ordering process is made simple with top of the line products and fantastic customer service. Our knowledgeable team is available daily to help answer any questions you may have!

Join our loyalty program to unlock exclusive perks and rewards.